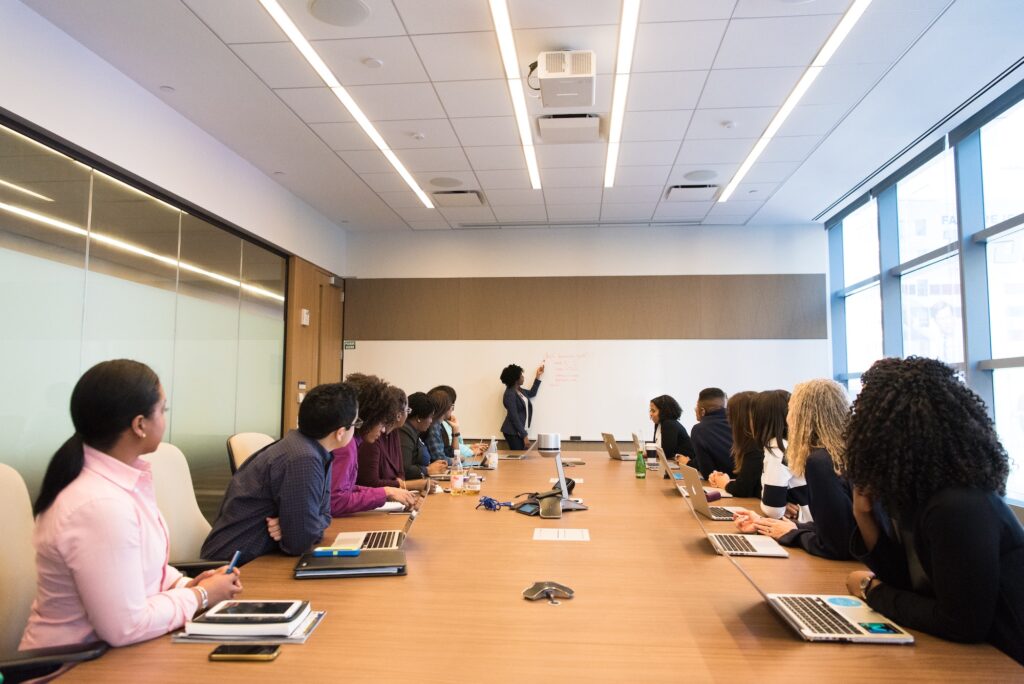 Zoom meetings have been a lifesaver for so many teams over the last two years. With in-person interactions happening less and less it has allowed groups to be strengthened and for effective planning to continue despite meetings looking a lot different. Many employees have even reported greater productivity with the option to work independently from home and connect with co-workers virtually. Yet after two years, some also report a bit of a drop in energy around virtual connections, along with occasional “Zoom fatigue.” The answer to greater productivity may be silent meetings.

Silent meetings have been reported to optimize productivity in many organizations and the format is just as useful virtually, especially with platforms such as Zoom becoming second nature to so many employees.

Here’s why silent meetings may be the key to more effectiveness this year and how to implement them, virtually or in person.

Why try silent meetings? While many reports show that employees consider virtual meetings to be more effective and engaging than in-person, many report that still, a lot of time is wasted, more so than before the pandemic began. And yet, when well-planned, most employees (64% according to a 2020 Get Clockwise survey) look forward to them.

So, what makes meetings ineffective?

And perhaps the biggest problem of all: most employees feel that half of their meetings are a waste of time. Silent meetings can leave everyone singing a different tune, when used effectively.

The concept of silent meetings is that team members get time to quietly read the information for which input is required, anonymously provide their feedback, comments, and questions, and then listen to the facilitator clarify and condense. Twitter’s David Gasca, an enthusiastic disciple of silent meetings, breaks them down into three parts in The Silent Meeting Manifesto:

The pre-meeting preparation, where individuals brainstorm ideas on their own, in writing

The silent meeting table read, where attendees review their colleagues’ ideas in silence

The discussion portion, where attendees now have the context needed to exchange ideas

Sound too simple to be true? Gasca breaks things down into five core steps: 1) prepare an agenda and choose a facilitator 2) hold a table read 3) read and comment in the “table read” document 4) facilitator synthesizes comments and holds discussion.

Another variation, as outlined by RC Victorino for Slab is that after steps one-three outlined above, the facilitator selects 3-4 possible points for discussion, allows participants to vote on the top two to discuss, and then leads a roundtable on the topics of choice.

You may already be thinking that the term “silent meeting” is a bit misleading. While they are not 100% silent, even at 90-95% silent meetings using this format are drastically different than traditional team check-ins that suck time out of people’s days.

How do we know they are effective?

Silent meetings are a new concept and thus lack data similar to the above statistics on traditional meetings. However, if you are interested in being an early adopter, you will be in good company. The current lore around this format is that they began with Jeff Bezos at Amazon and spread to other notable innovative companies. Namely, they are widely used at Square and Twitter, where enthusiast David Gasca was introduced to them.

In The Silent Meeting Manifesto Gasca argues that silent meetings work well for the following types of meetings:

-Those with a clear objective

-Meetings with 2-60 people in attendance

-Meetings with a capable facilitator

With all the possibilities silent meetings hold, however, he urges anyone ready to trial a new meeting format to remember one of the top pitfalls of meetings: is the meeting needed in the first place? No type of format can make up for the time that people feel is wasted because a topic could have been addressed via email or otherwise. As Basecamp founder Jason Fried has said, “Meetings should be like salt — a spice sprinkled carefully to enhance a dish, not poured recklessly over every forkful. Too much salt destroys a dish. Too many meetings destroy morale and motivation.”

You may also enjoy these workplace-related blog posts: